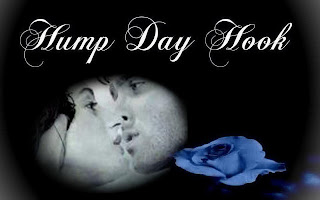 This week’s hook is from my January 1 release, a erotic sci fi, MESSAGE FROM VIOLA MARI. Marissa’s best friend Jennifer is a sales representative for a dating service, so naturally she’s always trying to set her up with eligible bachelors..
I’d rolled my eyes so many times when she’d inquired about my love life (or should I say non-existent love life), my eyeballs were falling into semi-permanent oh no she’s going to ask me again, orbit. I’m an underwater meteorite specialist, obsessed with space rocks that plunge into oceans. Why can’t she understand that men don’t hold a candle to meteorites, microscopes, and diving expeditions? I’d rather run my fingers over the smooth body of an iron meteorite than a guy’s gluteus maximus any day.
Would you like to read some more hooks? Click here…
The man who makes Marissa crazy is the only one she wants. But it’s a bad time to let lust call the shots when a comet cloud is careening toward Earth and Marissa’s the only one who can save everyone. 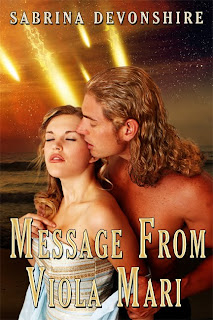 On the same day a large asteroid 2012 DA14 passed within 17,200 miles of Earth – too close for comfort for most of us – a meteor exploded over Russia, shattering windows, and injuring more than 1000 people.

Catastrophic impacts have been a part of Earth’s history. If we didn’t have oceans, erosion and plate tectonics to smooth over the evidence, our planet’s surface wouldn’t look much less cratered than the moon. Several years ago, I met famous meteorite hunter, Geoffrey Notkin, in a Tucson memoir writing group.  Since I have a Masters degree in geology, I’ve always found science fascinating and Notkin’s submissions about meteorite collecting trips to some of the most remote regions in the world had a special appeal to me. He eventually published his exhilarating stories as a book entitled Rock Star:Adventures of a Meteorite Man. After meeting Notkin, I found myself reading more about meteorites and catastrophic asteroid and comet events, which contributed to some of my plot ideas for MESSAGE FOR VIOLA MARI.

I couldn’t help but feel a shock wave of irony when I watched Lisa Sylvester’s CNN interview with University of Maryland scientist, Melissa Hayes, who shares the same first name as my female protagonist (also a meteorite scientist).

Today, I was a guest in Susana’s Morning Room. During the interview, I answered questions Susana Ellis asked me about when I started writing, my writing habits, my new release, MESSAGE FROM VIOLA MARI, and even what’s under my bed (this is when the answers really start getting interesting…). If you’d like to see more, please go to http://susanaauthor.wordpress.com/2013/02/15/guest-interview-author-sabrina-devonshire/

If you could use some strategies for coping with writer’s block, please check out my post today on Virtual Writers. http://authoressentials.virtualwritersinc.com/2013/02/coping-with-writers-block-by-sabrina-devonshire/

If I want to see my husband bolt like greased lightning from the room, all I have to do is say, “I just read about this in a romance novel and wondered if I could try it on you?” Since I say this pretty often, I’m thinking he might be fast enough to qualify for the next Olympics by year’s end.

“Do you think you would like this?” I often ask. Usually, his face turns fifty shades of white before his blurred body flies from the room. Sometimes he rolls his eyes. On a good day, he’ll say, “All right, why not?” Today happened to be one of those days…

After I Facebook posted that I wrote 2800 words of a work in progress during the Super Bowl, I got a variety of public and private message comments. A few people thought I was a little nutty to forgo  beer, food, and four letter words just to get words down on paper (me nutty? okay, so, please tell me something I don’t know already). Others remarked on what a disciplined genius I am (yeah, right). Others wanted to know how I could write with all that chaos going on. Here’s the answer to that question…

I happen to be one of those people that write first drafts that come out like vomit – the great ideas are in there (the chunks), while the rest is a mush of cliche central, too many dialogue tags, overused descriptions, word repetition, corny or awkward sounding dialogue, plot holes you could drive a Humvee through – well, you get the picture…Eventually I concluded that some fortuitous times to write these early works of trash, which pretty much had to be reworked or blown sky high several hundred times before publication are on the following occasions…

1) Keeping my husband company while he watches something on TV that doesn’t interest me.

3) When I know if I keep working for another half hour, my husband will do the grocery shopping for me.

5) While sitting on a plane or in an airport restaurant.

Now don’t get me wrong, I’m a serious writer. But when it comes to first drafts, whether there’s complete silence or a football game happening or a YouTube video blaring on my son’s computer, it doesn’t much matter, my first drafts always come up and out with a splash. If you’re one of those people who can sit in a room at a writing conference and compose a masterpiece in five minutes, all I can say is I’m happy for you (not so much) and you don’t know what you’re missing (enjoying a change of scenery and avoiding non-preferred activities while writing vomitoid drafts).

Compelling, likeable characters immerse me in a story. Even the most exciting plot won’t keep me turning the pages if the main characters don’t make me feel invested in their plights.  I tend to be drawn to characters I can relate to on a deep level. They are often flawed, are experiencing struggles, obstacles and personal growth, and have an unusual outlook on life or a sense of humor.

Lead characters displaying some kind of flaws endear themselves to me the most. I recently read Book One of Shadewright (science fiction) by Dean McMillin. The juvenile character, Phantist, is an outcast orphan, insecure about his newly acquired shadow shaping talents.  His plight took me back to elementary school, when I was often bullied and teased, and I felt eager to read on to learn whether Phantist found his journey to more secure ground the way I eventually did.

In Ellen Cross’s Holly’s Healing (holiday menage), Holly Reece is disfigured and partially disabled after a car collision with a drunk driver. Her vulnerability, after losing what seemed like the perfect life, is what caught my interest and made me want to see how she would overcome the suffering that stood in the way of her personal growth. Not only does Holly have a flaw, but she’s also in the midst of a struggle – another important grabber for me in a story.

As a former expat, I found Nadine Hays’ Happier Than a Billionaire (memoir) a hilarious read. Having lived in Peru for two years, I repeatedly laughed out loud and said to myself “that sounds familiar” as Nadine and her husband adjusted to their new life in Costa Rica. I still remember how the electricity went off without fail whenever I tried to broil a steak, how the shower would diminish to a trickle whenever I rinsed the shampoo from my hair (if someone used water on the first floor, there would be no water pressure upstairs), and how most mornings I woke up to vendors yelling “carrots, potatoes, onions” as they rolled their wheelbarrows full of produce down the street. But what really drew me to the narrator in Billionaire was her struggle – surviving in a new and different country – as well as the sense of humor she maintained no matter how dire the circumstance.

When I write my books, I try to create characters certain readers will relate to. If you’re a gung ho, got-to-get-the-job-done-at-all-costs person, you’d love elite open water swimmer,  Jeff Dickson (The Open Water Swimmer). He’s fiercely competitive and goal-oriented to the point that he’s socially awkward and unsophisticated around women. You might be able to relate to the areas in your life which feel a little out-of-balance as a result of your eyes-on-the-prize drive. Jeff’s about to learn that there’s more to life than just crossing the finish line first.

Children’s writer Dana Thomas is the typical spontaneous creative. You never know what this impulsive children’s author will do next. Early on in The Open Water Swimmer, she decides she’ll pack up her laptop and head to the nearest open water swimming race to identify the swimmer she’s been dreaming about. But she’s insecure about herself as a person and a woman as a result of a failing relationship and is about to embark on a journey to learn a lot about both.

Message from Viola Mari‘s Marissa Jones is a oceanographer/meteorite scientist at Scripps Institute in La Jolla. Since she’s a geeky scientist, her best friend, Jennifer, incessantly tries to match her up with men she knows (many of us have dealt with this situation at some point or another)…I happen to have rather horrid memories of a certain friend setting me up with an overweight Italian man who was obsessed with chocolates and caramel apples in the food court and kept exclaiming, “Oh, my God” whenever we passed another food counter. What a night of bliss that was (not so much). Anyway, back to Marissa- she’s also a rescuer, accustomed to caring for her family and friends, while in most cases neglecting herself and rejecting assistance from others (now if this doesn’t sound like a familiar female trait, I don’t know what does).

Marissa’s eventual lover, professor Justin Lincoln, is another one of those whimsical creative types. He’s used to women swooning over him and taking relationships and the rest of his life one minute at a time. You can probably imagine what kind of chaos ensues when Miss structured scientist meets Mr. Minute-by-Minute, but let’s just say the explosion leads both characters to undergo some serious re-evaluation and personal growth.

Whenever I recall books that became favorites, lead characters jump out in my mind. I remember Jamie Zeppa’s fearless and adventurous attitude as she leaves Canada to teach English in distant Bhutan (Beyond the Sky and Earth – memoir), the vulnerable and lost Mala in Nicholas Christopher’s A Trip to the Stars, who voyages to different seaside locales around the world, the restless Lady Dona in Daphne DuMaurier’s Frenchman’s Creek, who rebels against her confining female role and embarks on exotic adventures, and so many other characters who endeared me to them from the very first pages so before long I found myself feeling like the character’s number one cheerleader and best friend.

Now that I’ve shared my thoughts on how characters bring the text to life, I’d be thrilled to hear your comments on the subject.